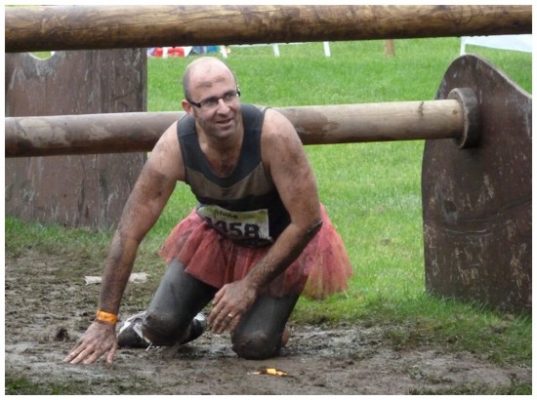 I fundraise for the WSF – Gareth Martin

One evening soon afterwards my wife was reading the half yearly WSF magazine and turned to me and said “this Stroud Half Marathon, you should do that and raise some money for the Foundation”.

I set up a charity page and wrote my brief story – I explained the challenges that Williams Syndrome creates and I wrote about the excellent work that the WSF does. I then wrote some very targeted emails tailored specifically for my colleagues, friends, family and suppliers (ie work for a big IT services company and have lots of people I buy services from) and sent them out.

Without doing much more than that, in the first year, I managed to raise over £5,000 for the Foundation, which I was amazed at.  Just by agreeing to do a run, setting up a charity web page and sending out some emails.  For the next four years I ran the same half marathon, asked more and more people to sponsor me (i.e new friends and colleagues as well as all of the old ones), and kept gathering the sponsorship money.

In 2012 I decided that I wanted to try and build on the success of the Stroud Half Marathon and find an additional annual event that I could get people to do to raise money for WSF.  I came across Wild Thing, which is a 10k cross country run with three foot deep mud pools, water slides, an assault course and more.  I have managed to get about 20 people to run for WSF and they all did their own fundraising, which is fantastic.  I hope to get more people to run it next year.

I have no experience at all as a professional fundraiser but what I have learnt over the last five years about fundraising is that people are generous and that they love to donate to a “personal” cause.

Good luck with your fundraising efforts and feel free to get in touch with me via the Foundation if you want to discuss anything.

If after reading Gareth’s story you would like to help raise funds for the Foundation or just make a donation then please get in touch with us.  We can the provide you with an information pack including sponsorship forms, etc.

Alternatively, you can use the Just Giving website to raise funds and collect your sponsorship money.

Members of the Foundation may also want to refer to past copies of the Williams magazine to get ideas of how to raise some money for their charity.

Read our guidelines for fundraisers to help you get started.