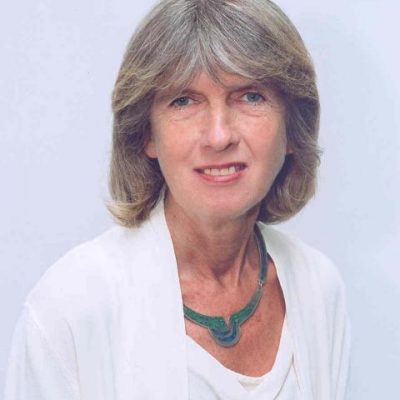 Fellow of the British Academy, the Academy of Medical Sciences and the Academia Europaea.

Jan Atkinson has co-directed the Visual Development Unit, first in Cambridge and then in University College London and Oxford. Her extensive research has covered many different areas of vision, visual brain development and visually controlled behaviour. Her work includes studies of typical visual and cognitive development in infants and children, common visual disorders such as strabismus, amblyopia and cerebral visual impairment, visual, visuomotor and visuocognitive development in infants and children, many with developmental disorders including Williams Syndrome (WS).  She has investigated the brain networks underpinning both typical and atypical visual development, directed infant vision screening programmes of total populations and developed new techniques for measuring paediatric visual difficulties. She has devised vision tests (ophthalmological and paediatric) for assessing and diagnosing vision and attentional problems not only in WS individuals but also those with premature birth histories, brain injury around birth related to cerebral palsy and Down’s Syndrome. She has summarized much of her research and assessment in her book ‘The Developing Visual Brain’ (Oxford University Press).  A recent overview of her work is in her Teller Award lecture at  https://jov.arvojournals.org/article.aspx?articleid=2613613&resultClick=1

With the help of the Williams Syndrome Foundation, her group has carried out research assessments on over 200 WS children since the early 1990’s.

A fuller biography and complete list of Janette’s scientific publications is at https://iris.ucl.ac.uk/iris/browse/profile?upi=JATKI15.  Please e-mail her if you would like copies of any of the paperslisted below She also has a Wikipedia entry at https://en.wikipedia.org/wiki/Janette_Atkinson

Highlights of findings on studies of Williams Syndrome from her team, the Visual Development Unit include [with references to original research articles  below]

So WS people need special strategies to cope with their difficulties with spatial information, attention, and controlling actions. Sometimes these difficulties lead to anxiety in particular situations. However, with practice and special strategies, many individuals with Williams syndrome can overcome or reduce their difficulties. There are always exceptions – one WS child tested in the VDU is a brilliant skier and another is a very proficient ballet dancer. However, many WS children seem to prefer musical activities, drama, computer games or collecting things, rather than sports activities and that is fine – we wouldn’t all want to be a ‘Lionel Messi’!!

At present Jan Atkinson , Oliver Braddick  (husband)  and their collaborators are testing an app for use on an iPad which has been devised by them  in the Visual Development Unit to measure different aspects of visual and auditory attention. It is called the ‘ECAB’, Early Child Attention Battery, and consists of 4-8 subtests, each lasting a few minutes, some for visual attention and some for auditory attention.   An example of these short tests requires the child to spot certain objects in a visual display, such as finding the red apples in amongst red strawberries and white apples (selective attention),  or spotting an animal each time it appears on the screen and carrying on looking for animals for 3- 5 minutes (sustained attention). We have started using these attention tests not only with WS children but also children who have had brain damage at birth and children born very prematurely. We plan to extend the WS group we are testing with the ECAB over the next few years.

As always, the main aim of our work is to not only identify specific problems but to devise methods and strategies so that WS individuals can start to reduce their problems and enjoy life to the full.