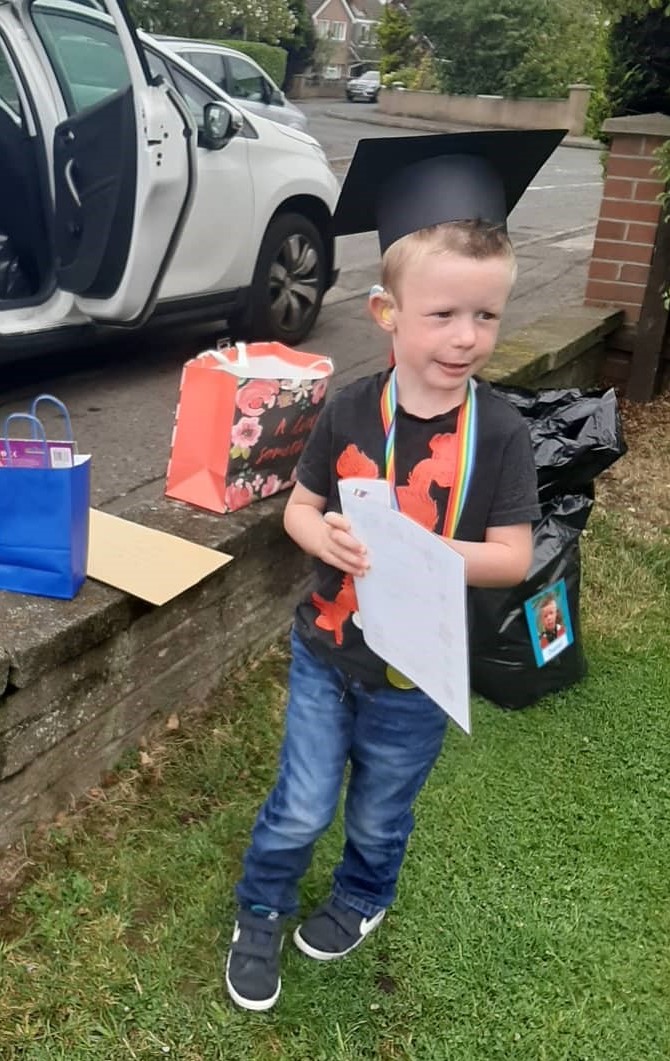 Making that decision is possibly the biggest rollercoaster you will find yourself on.

Getting a Williams Syndrome diagnosis can be hard – the idea that your child is different can be difficult to accept. You want them to fit in, in every possible way but your child is not the same and one day you will have to make that decision of whether to send them to mainstream or special needs school.

Daniel was three months old when he was diagnosed with Williams Syndrome and then subsequently with global development delay and hearing loss. His condition was complex and a lot to deal with, but the time had come that we had to think about what path educationally he needed to take. He had completed a year at a local playgroup and it was good seeing him being accepted by the leaders and children, but he struggled with the noise levels of a large group. He also had separation anxiety and had multiple days off due to hospital appointments and surgery.

Educational psychology assessed him and deemed him to have severe learning difficulties and suggested he would be best placed in a special needs school. I naturally was devastated as the dream of him being at the same school as his older brothers was gone. I met with the local mainstream school and was very thorough with them about Daniel, not only the development side but also the positives about him and how they would be so incredibly lucky to have him there.

However, the SENCO teacher kindly explained that although they would love to have him there, he would struggle as the level he was on learning wise was a big difference to a typical child of a similar age and he would need to work extra hard just to keep up. He would also need full time care and attention and they simply didn’t have the funding for someone to look after him 1:1.

So, we met with the two nearest special needs schools, each being 25 minutes’ drive away from our home. The idea of our little boy being so far away from me was tearing me apart. We spoke thoroughly to each school, however, the one we felt more at ease with was not the school we were offered a place at. I was devastated to say the least.  I met again with them and they could see how I was feeling and how anxious I was about the whole process.

The nursery teacher sat me down and was incredibly kind and understanding. I talked through my worries and the next time Daniel came for a visit he loved it and didn’t even look back for us!

Between this visit and the first day, the teacher and SENCO did a home visit and got to know us a bit more. They explained there would be 8 in his class including him and he would get some therapies in school including speech and language.

The next worry was transport. How could we put our tiny son on a bus each morning and after school? He just seemed so little.

The first day my husband and I were able to take him in but he got the bus home. We anxiously awaited nearby to watch him get on and then drove home in time for him getting off the bus! The school provided us with a book so we could communicate with the teacher at any time and before lockdown we were halfway through our second book. They wrote down what he ate, what activities he had done, bowel movements… I don’t think a mainstream would have done this for him or been so patient with me as a mum! It was so lovely seeing him settle so quickly.  They worked so brilliantly with him and during lockdown they still had frequent communication with us and even called to the house to do a socially distanced graduation!

It has been the best decision we have made for our son. I know some kids with Williams Syndrome do well in mainstream, but each child is different. It has to be a decision that is made solely based on YOUR child and what they need. There will be sleepless nights, doubt, anxiety and tears but your Williams Syndrome family are right behind you every step of the way. We all want what is best for our kids and for them to fulfil their full potential be that through mainstream or special needs school… your child will move mountains and be wonderful!