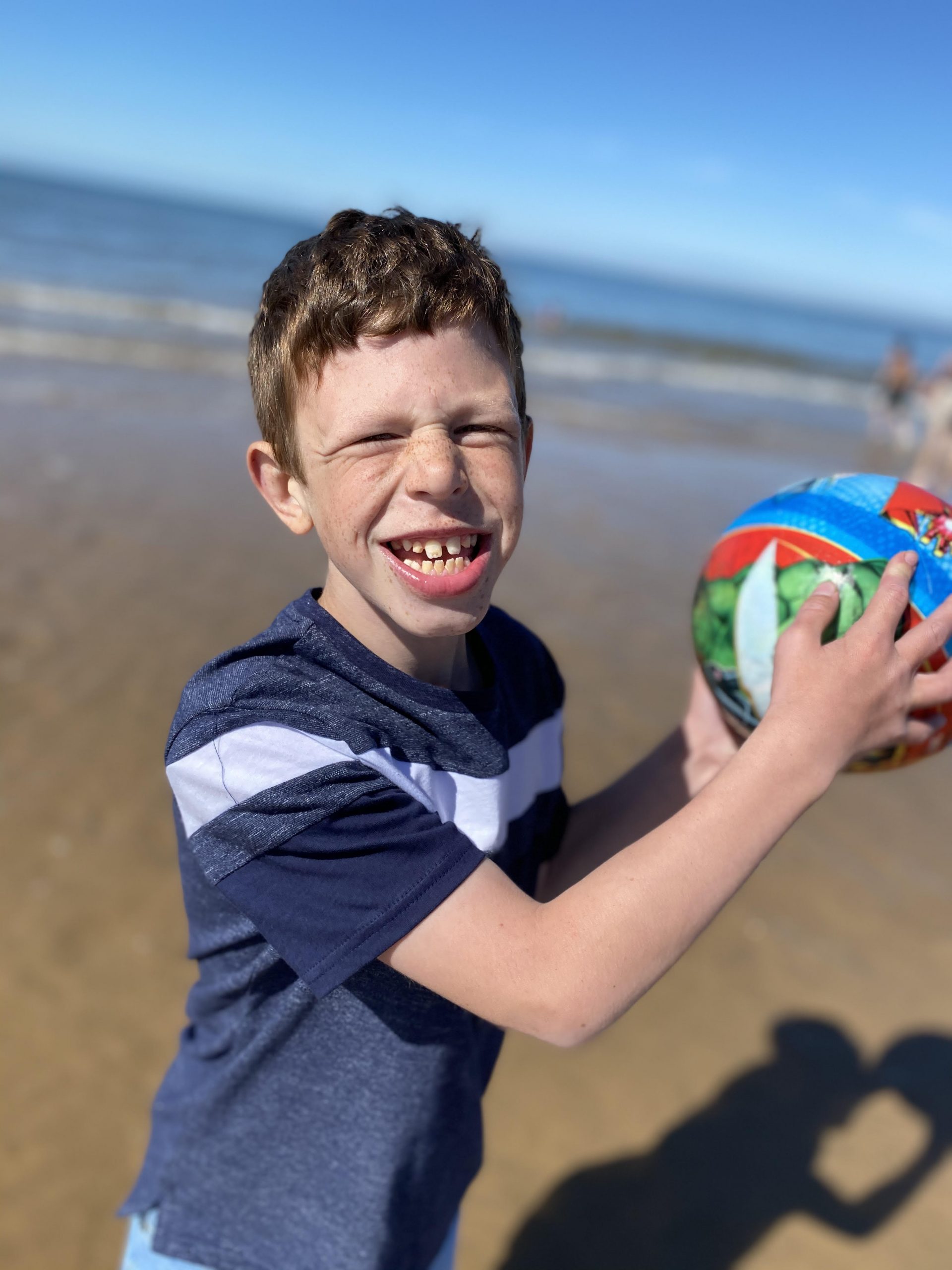 My son, James, aged 10 has been at the same primary school from the age of three.  Prior to him starting pre-school we managed to successfully argue a case to age retain James as we felt that his delays were significant enough that starting a year later would provide him with a better opportunity of being successful through mainstream education.

James was provided with a statement for 25 hours of 1:1 support and allocated an excellent TA to work with him.  His TA built a very special relationship with James, reassuring him and giving him the support he needed.

Our hope was for James to progress through mainstream education for as long as he was able.  Where we live there is a three-tier school system so James would have to move to a middle school once he had completed Year 4.  The thought of this was terrifying as it was such a big step for him and he would no longer be with the class of peers that had understood and helped him through his primary school years.  This worry increased when we sat with the new school for a transition meeting to hear the SENCo tell us that they would struggle to accommodate James’s needs as they had not previously understood how much help and support he would require. We left the meeting with more questions than answers, more worry and a sense that we would be sending James to a place that really didn’t want him.

The realisation set in that James would need to make a move to a special school, however, a suitable one local to us could not take him for another year, until he turned 11. Based on this, the only available option we had was for James was to repeat Year 4 in his current setting.  This is when the battle began as we commenced the appeals process.

I have lost count of the many letters and emails I have written to the LEA, the Director of SEND and  the local Councillors for Education but we were determined that James needed to remain in Year 4 and have the consistency of the environment and the staff to limit his anxiousness and prepare him for his next move. The LEA, Head Teacher and SENCo all resisted as none of them believed in age retaining children regardless of needs.  So, we began to prepare for the Tribunal and gathered advice from many sources and other parents that had been through similar battles.

The WSF pointed me in the direction of Dr Jo Van Herwegen, an Associate Professor from UCL, who supports parents with the EHCP process, including appeals. Due to the onset of Covid, we discussed James and our predicament by phone and we swiftly received a letter of support from Dr Jo for our case against the LEA.  Dr Jo has seen 200+ children with WS and is very well placed to support parents with her vast knowledge of WS, EHCPs and the need for school support.  I firmly believe that this letter was a major factor in our case being successful and we were informed two days before the end of term that James would be allowed to return to the same school for his final year.

As with everything that James faces in his life, when we told him the news he took it all in his stride.  We finally feel more confident about James’ future after a very worrying few months and I would like to thank Dr Jo for all of her help in getting the right decision for James.